It’s that time of year again…

Is it my imagination, or does the RHS Chelsea Flower Show come round more quickly each season? Maybe it’s just that I’ve been talking about it more, and earlier, than usual: I have the challenge of leading a tour group around the show for HF Holidays next year. Wish me luck. Fortunately it will be a small and select group and since I know Chelsea better than many – this will be my 10th year there – hopefully we’ll find a way around the crowds (as far as is possible anyway!)

Tickets went on sale to RHS members a few weeks ago and will be available to the public from 1 December. And to whet your appetite, the RHS has just released details of what you’re likely to see. It looks as if it’ll be a cracker of a show… 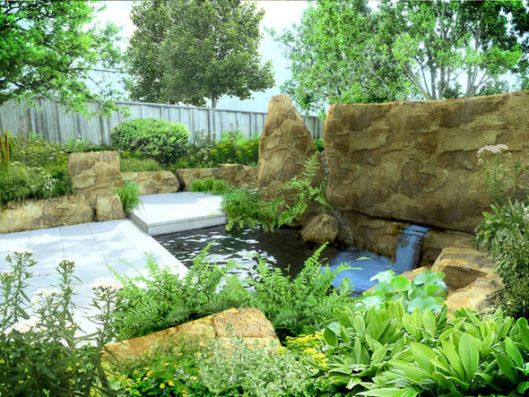 Cleve West is back with the sponsor’s garden, M&G. What a welcome return. It was nice of him to give Dan a go (wouldn’t it be a clash of the Titans to have them both at Chelsea at the same time) but he was missed. The garden is an homage to Exmoor: I am certain to fall in love with it as Exmoor is just a few miles from my front door and speaks to my heart like few other landscapes. There is a lot of oak.

Diarmuid Gavin is also back: love him or loathe him, he never fails to cause a stir. I interviewed him a while back and since I wasn’t a fan, was taken aback to be charmed sockless. He was absolutely delightful. Something to do with mischievous Irish twinkles. Anyway: the garden. Totally bonkers. When I say Heath Robinson inspired it you’ll get the idea. It’s not really a garden at all: more of a giant clockwork toy with added box balls. A bit of me is horrified: a bit of me can’t wait to see it. 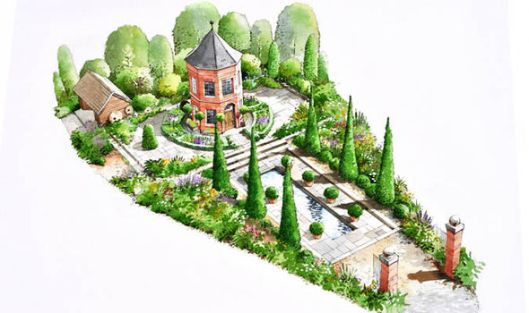 Chris Beardshaw is the next in a bit of a star-studded line-up: always one to watch, perhaps a bit safe sometimes but assured, calm, and quietly brilliant. It’s a roof garden, with a Japanese-inspired pavilion and a woodland planting scheme: I will be taking notes as woodland is what I’m doing a lot of at the moment in both my own gardens and the ones I look after, and Chris is an inspired planting designer.

Andy Sturgeon is returning to the scene of former triumphs for the Daily Telegraph (he won Best in Show for them in 2010). Bronze sculptures as mountains (hmm…) above ‘gorges’ of meltwater I can take or leave, but the drought-tolerant planting inspired by the semi-arid landscapes of the Sierra Madre and the Andes sounds extraordinary. Maytenus, asphodelus, junipers and South African Bulbine frutescens… one for plantsmen and women everywhere.

Jo Thompson is also back on Main Avenue with her design for the Chelsea Barracks: I adore Jo’s romantic style of planting and have fallen in love with every show garden she’s ever done (and the list is lengthening year by year). This one looks like classic Jo: it’s basically a rose garden, with a nod to the Grade I listed Garrison Chapel via a stained glass window.

Matthew Wilson continues the who’s who list of designers. His bench last year was a work of art, more sculpture than seating area. Stained glass again (how does that happen? I’m sure there’s some kind of ley line operating between designers preparing for Chelsea): this time it’s York Minster, currently restoring its East Window and unveiling it just before the show, next spring. The garden is a bit of a love letter to Yorkshire, in fact: I think Matthew might be missing Harlow Carr…

And Rosy Hardy is making the leap from Pavilion to Main Avenue – and there couldn’t be a better person to do it. I’m really excited to see what she can do: her creations for Hardy’s Cottage Garden Plants, her nursery, are always breathtaking. Perhaps it gets boring, winning a gold medal every year (she has 20) and you need new challenges. Anyway, she’s taken the River Test in Hampshire as her inspiration: another place that’s dear to my heart, as bits of my family still live in that part of Hampshire and I’ve always loved the chalky, glass-clear Test meandering through the fields. Intriguingly, she’s ‘inviting visitors to take a walk through a dried-up chalk stream’; famously you’re never allowed onto Chelsea gardens, so this may be figurative, but we can hope…

There are 16 large show gardens in all, so I could go on further about Hugo Bugg’s Jordan-inspired arid garden, or James Basson’s perfumer’s garden (can’t wait for that one: I adore everything James does). But you’ll just have to go along and see them for yourself. I may yet have to write another post about what’s coming up in the Pavilion and indeed the artisan gardens as there are at least two things I’m jigging up and down on the spot about: but that’s for tomorrow. It’s going to be a great Chelsea!