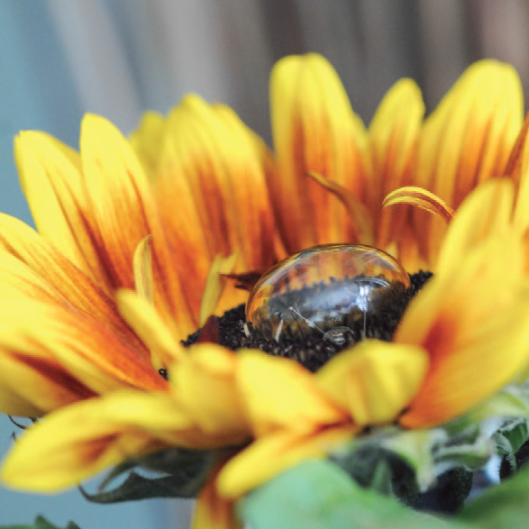 Just when you thought there was nothing new under the sun, they go and invent a sunflower that’s actually a table lamp.

Well actually it’s not that new, as it’s the same technology as you used at school when you plugged a couple of electrodes into a potato and made a little lightbulb glow. In every piece of vegetative matter there is a chemical energy created by photosynthesis which can be converted into a small current: which is why you can make an electric circuit out of a potato, or a tomato, or a sunflower.

Anything green can be persuaded to generate electricity: even grass clippings. In 2012 some scientists in America created a solar cell from a few fragments of vegetation. The technical term is biophotovoltaics. 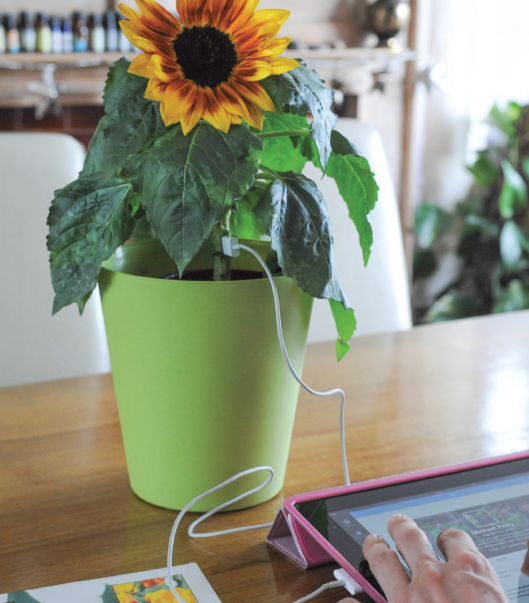 I can’t pretend to know much about the science, but I do know this is pretty cool: the electricity you generate from plugging into a sunflower is enough to charge a mobile phone battery, or a computer (after a while, I’d have thought). Imagine what a field of sunflowers could do. Looks a whole lot nicer than a power station, too.

I may be acquiring one of these from those nice people at Thompson & Morgan later in the summer, so I’ll let you know what happens. Should be electrifying (sorry, couldn’t resist).

**STOP PRESS**: Have just heard that T&M are so taken with this particular technology breakthrough they’re going to start a new energy company to harness all that sunflower power. Word has it the new company will be known as Avril Fuel. Now that’s one to watch out for.