Yes: RHS eat your heart out. This is the one they’ve all been waiting for. It’s time for….

More categories this year than last year, mainly because it was a really very good show and I kept coming across things I liked. So… without further ado…. let the ceremony begin! 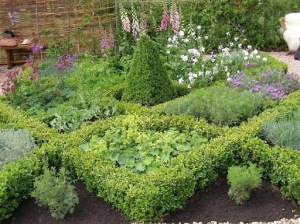 Mainly because I’ve got a couple of terraces crying out for a parterre.

I particularly liked the way this one wasn’t fully enclosed: so the diamonds created little open planting pockets at the edges. The planting inside was lovely too in silver and mauve: aquilegia, lavender, sweet rocket, alchemilla and artemisia, with foxgloves at the back for height. 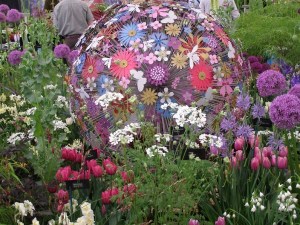 The runaway winner: quite, quite exquisite, especially the way they picked out the colours in the planting. Avon always do a fabulous display, but this year I thought they excelled themselves. 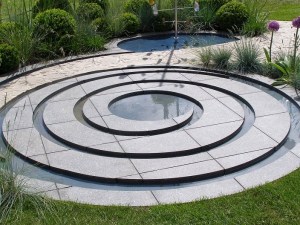 I so totally covet this spiral rill, invented by one of Chris Beardshaw’s would-be mentoring scholars.

Hedge of the Year
The Atomic Journey (Silver) 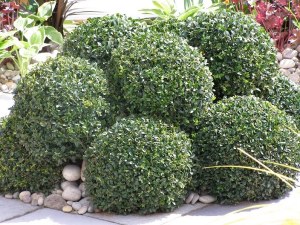 Well, not so much a hedge as a garden sculpture: a sensuous, sinuous bubble of a centrepiece to Becky Hand’s garden, again for the Chris Beardshaw scholarship. 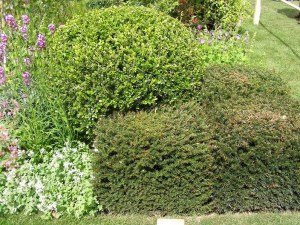 Actually I couldn’t make up my mind whether I liked this properly or not, but I think the combination of textures from the yew and box was interesting – and softening it with tiarella and verbena was a lovely touch. 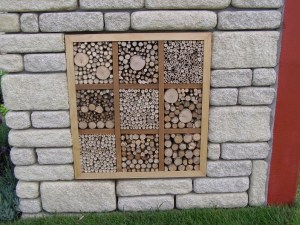 This bug hotel, built into the end of a wall in Rhea Lyn Parkes’ garden, was super-smart and just goes to show that wildlife gardens don’t need to be hairy. Another Chris Beardshaw Scholarship hopeful (they should pay these people by the idea, you know). 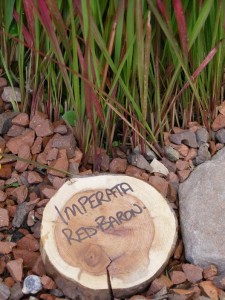 I felt a bit sorry for this garden, tucked away behind the Floral Marquee: and it had some nice little touches, such as these home made and rather charming plant labels (would have been better with full and correct names, mind you…).

Spurious Celebrity Photo of the Year 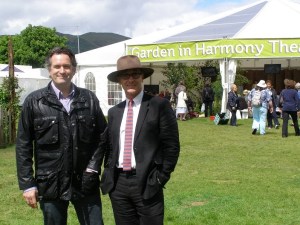 They made me take it. Honest.

Bizarre Sight of the Year 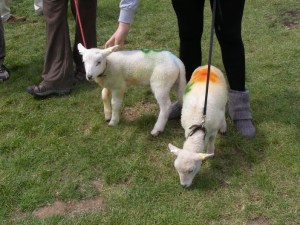 This busy little pair were there for the rather lovely box gardens created by the Care Farms movement – of which, I hope, more later. They even had flowers painted on their backs….. awwww….. 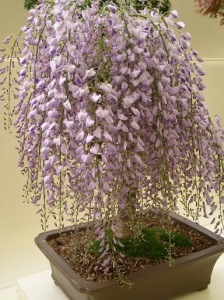 It’s a two-foot high Wisteria floribunda. It’s 40 years old. It was on Pinewood Bonsai (Silver-gilt) and rather fascinating, in a shuddery, mutant sort of way. 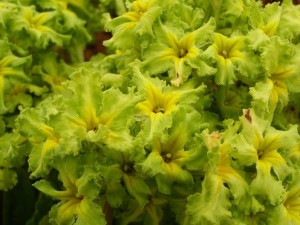 I’ve said this before… but sometimes, breeders just don’t know where to stop.

Bonkers Idea of the Year:
In Pursuit (of the Heart of the Matter) (Silver) 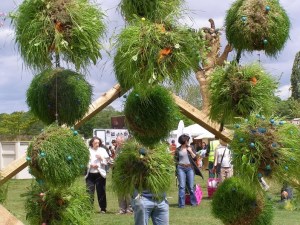 These caused terrible problems if you’re a journalist – I kept having to edit myself after writing ‘hairy balls’. They’re planted with turf and the occasional bit of wildflower – things like achillea and clover. And lettuce. Why lettuce? There is a serious point – something to do with the melding of science and nature – but actually, they’re just so wierd they’re good.