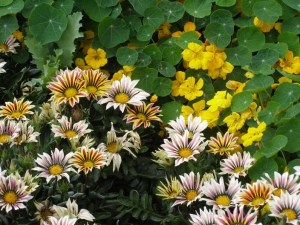 Right, time to put on your sunglasses, folks.

Yesterday was one of the highlights of my year: the entirely unmissable Thompson & Morgan sneak preview press day for all us hacks to see what they’re planning to bring in to the catalogue for 2011.

T&M have a huge breeding programme: sometimes misguided (step forward, the frankly mutant mophead hydrangea produced this year with one single flower head 10″ across on an upright stem) but mostly pushing the limits in an occasionally groundbreaking and always interesting way, especially among fruit and veg which is why I trekked all the way up to Ipswich to go have a look. Four hours it took me to get back. Four hours. They closed two junctions of the M25 in case you’re interested. Now that’s dedication.

Anyway: the veg come later but for now I just want to indulge a little. T&M also have a well-deserved reputation for the most spectacular bedding: not usually my cup of tea at all but when you’re there surrounded by the most eye-spinning profusion of flowers you can’t help but be won over. Well, all right, I can leave the magenta petunias (and the ones striped yellow and pink…. bedding truly is the last refuge of spectacularly unashamed bad taste).

But many were really genuinely pretty plants, and quite a few will be finding their way into my patio pots next year. 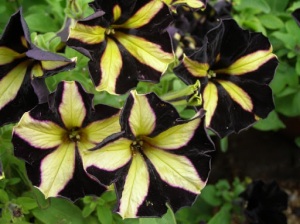 Petunia ‘Phantom’: now this is a well wierd one. Kind of intriguing in its own rather spooky way. 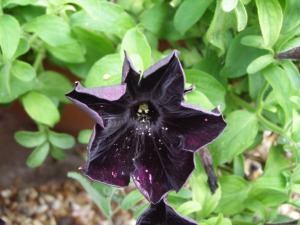 Actually I think I preferred the flowers when they’re just emerging, a sultry near-black. 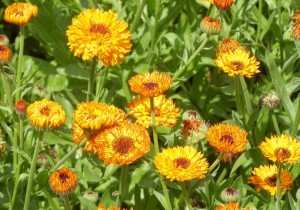 …and the equally sunshiny Calendula ‘Neon’ 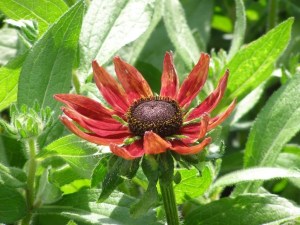 Another Rudbeckia, this time ‘Cherry Brandy’. Described as the first red rudbeckia ever bred but I’m sceptical: looks more bronze to me. Still lovely though. 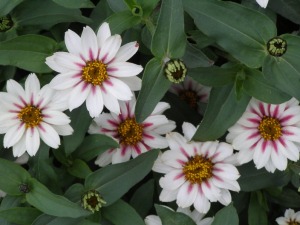 Isn’t this pretty? And it’s a Zinnia: ‘Zahara Starlight Rose’, to be precise. Zinnias have always been temperamental for me but I might have another go if they’re going to look this good. 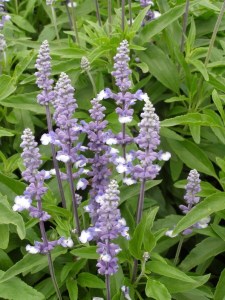 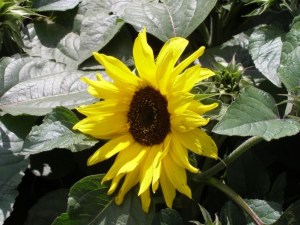 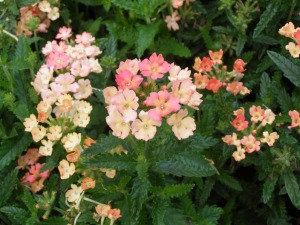 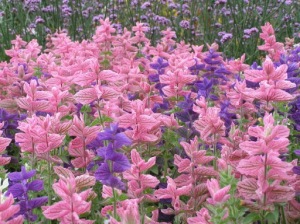 …naaah. That was all getting much too tasteful. Here’s Salvia horminium ‘Marble Arch Mixed’: now you couldn’t miss that, could you?

6 thoughts on “Bedazzled by bedding”