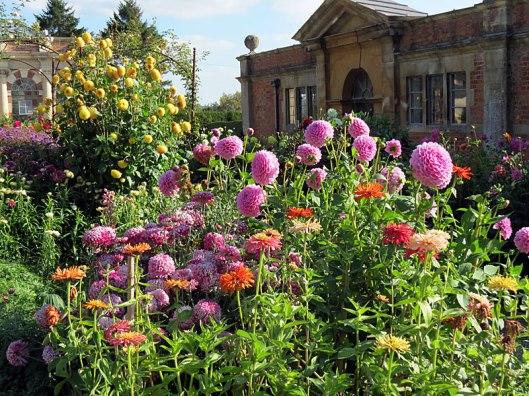 I do love a dahlia. They were planted en masse in a vibrant late-colour display in the little garden alongside the orangery at Tyntesfield and were really turning heads.

But that also creates my difficulty with dahlias. Each flower individually is so absolutely sensational that you quite literally can’t grow anything else alongside.

Here there were cosmos, chrysanths, a few rudbeckias… all beautiful in their own right but thrown totally into the shade by the huge cutting dahlias next door. 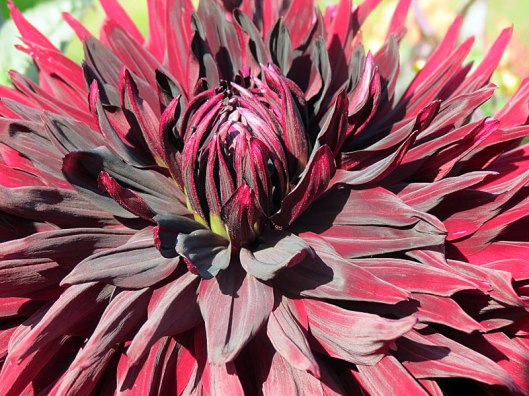 It feels a little churlish to be complaining that a flower is too beautiful. But that’s basically the problem.

Dahlias were bred for show. It was a bloke thing: grown firmly in military-precision rows, their flower forms divided into groups and sub-groups so complex that it satisfied even the most geeky of anorak-wearing fanatics.

They did end up with a lot of breathtakingly beautiful flowers. But in truth, they are only really good for growing in straight lines, on their own: for they will not brook any competition from other flowers.

Try planting a pompom dahlia – even the ever-popular ‘David Howard’ – in a mixed border and you’ll see what I mean. It’s trying to hog the limelight all the time: it’s like asking Kim Kardashian to blend into the crowd in your local Tesco’s.

And that, for me, is the rub. They are on the whole generous garden guests: a bit of dead-heading and they will keep flowering profusely till the first frosts. They’re pretty nearly pest free if you can get them past the slugs when they’re young (start in containers and keep potting on till they’re almost mature before you plant them out).

But how do you grow them among other, more ordinary plants? 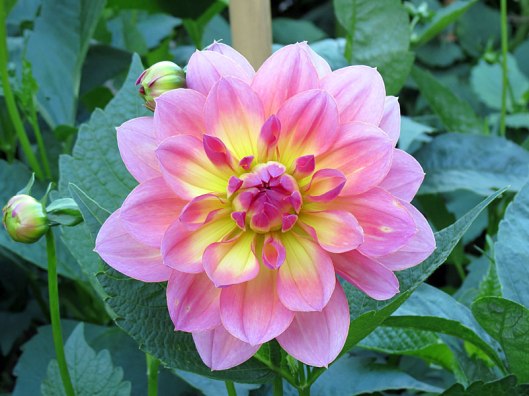 Of course you can opt for the ubiquitous Bishops: Llandaff, Oxford, York and Dover all have pretty open daisy-like flowers which sit better among other perennials. But the colour range is quite primary, and limited: and then there’s the purple foliage, which is lovely in the right place, but what if you don’t want purple?

I discovered species dahlias a few years ago and they’re now my dahlia-of-choice for borders. Lovely, ethereal Dahlia merckii in lavender pink; little brick red Dahlia coccinea dancing on wiry stems. And there are more to discover: D. spectabilis, in white, perhaps, or sorensenii with drooping petals.

It so often happens that the closer plants are to their wild forms, the easier they are to garden with. I wouldn’t want to lose the showier dahlias – but I don’t really want to use them either. We do make things difficult for ourselves, don’t we?